I’m writing this from Lake LBJ, where Chris and I are waiting out the storm with my cousins. Rosie, our mutt dog, is thoroughly unperturbed by the impending storm and is enjoying the new tiny tennis ball I bought her.

We also entertaining ourselves with a game of Risk, which I’ve discovered lasts 10 hours, and feels even longer because I’m horrible at it. So I relinquished the continent of South America, watched as my troops were wiped off the map, and now I’m sitting here writing to you!

The term “affordability” has been popping up quite a bit in my conversations recently. People ask “Is Austin affordable?” or they may state confidently that “Austin is becoming unaffordable” or they may opine about whether Austin is more or less affordable than California, where they used to live. The city is currently abuzz with concerns about affordability, and how to keep Austin affordable for the future. In city politics, I hear lots of talk about how to make sure Austin remains affordable for those professionals who keep our community running, like teachers, police officers, firefighters and nurses. And Chris and I have a close friend, Villanova alumni and business partner who made his career in building affordable housing, so we’re getting a cursory education in how the federal government incentivizes the construction of affordable housing.

So it seems only appropriate to point to a recent article from the Texas A&M Real Estate Center entitled “Still Affordable.”

It’s lengthy and numbers heavy, so I’ll give you a quick summary. Whether or not something “seems” affordable is very subjective. To approach the question objectively, you have to go to the numbers. The approach used here is to ask the question “Can a family making a median income for that area afford a home of median price in that area?” It’s a tidy way to account for the fact that housing prices and income potential vary significantly from city to city and state to state.

The short answer is that Texas is still affordable. It is, in fact, more affordable than the US on average.

Travis County is also affordable, but less affordable than the US overall. By their calculations, a family that earned a median income in Travis County in 2016 made 40% more than was necessary to qualify for a median priced home. (I’m paraphrasing. See the section “Historical Perspective” in the article for how I got there.)

Texas overall and Travis County specifically have been getting less affordable over the past few years as housing prices have risen faster than incomes. Again, still affordable, but with a smaller cushion each year. The current trend would mean several years, call it a decade or more, before Travis County became truly “unaffordable” by this standard.

In short, that means when interest rates go up, fewer buyers in Austin will be able to afford the current median home price.

Interestingly, recent events have not borne this out. Interest rates have risen from 3.47% in October 0f 2016 to 4.2% in March of this year, then came back down to 3.97% today, but prices continued to rise in Austin regardless.

However, we have seen an uptick in inventory this summer, meaning there are more homes for sale. And if the number of homes for sale continues to grow faster than the number of people able or willing to buy them, then eventually we should see prices level out a bit. If this summer has seemed “quieter” than the last few, it’s probably because inventory is not quite so tight.

Chris and I are frequent Graj Mahal patrons. At least once a week, we’ll sit at the bar, order food to go, and enjoy a drink and conversation with the staff while we wait for our food. We go so often that at this point I think everyone who works there recognizes us, and even recognizes our dog Rosie, one of those little things in life that makes me feel more important than I actually am. It’s a small pleasure, and I’ll take it.

But in July, we broke routine and dined in at Graj. We were sitting at the bar one night when Rachel, one of the managers, told us about their new monthly dinners. For a fixed price, they serve 5 to 7 courses, each paired with a drink. This particular dinner was a white wine pairing. We arrived that night to find a small table for 8. We shared dinner with some lovely people while the staff explained each dish to us, the wine that accompanied each, and why they were paired together. It was so much food that the leftovers fed me for the next two days. And in addition to a great meal, we met some really cool people, one being a wine blogger and sommelier who wrote a more in depth review of our dinner on her blog, which you can find here.

Last month, I wrote a short section about these two issues. Senate Bill 451 was a challenge to Austin’s strict short term rental laws. It didn’t pass, so it’s still tough to get short term rental permits in Austin. Back to business as usual.

Okay, on to CodeNext. If you’ve ever talked to anyone about zoning and building code in Austin, then you know it’s one of the more difficult cities to build property in. The code is complicated, the process is onerous and expensive, the city takes forever, and there are a lot of inspections that have to be done by the city when you’re building a home. Code Next is the city’s attempt to simplify the process.

We talked about affordability above. There is a common misconception that real estate developers make housing more expensive by charging “too much” for the properties they build. Yes, or course builders expect to make a profit, or they would be spending their time and energy elsewhere.

In truth, the city itself makes it difficult for developers to build affordable housing. The approval process is so long, so confusing, and so onerous that builders are only willing to undertake it for significant profits. The harder it is to build a house, the less available houses are, and by the laws of supply and demand, they are therefore more expensive.

Here are two articles that comment on that idea. One from Forbes about how much regulation affects Austin home prices, and another called “The Cost of Regulation; The Effect of Municipal Land Use Regulation on Housing Affordability.” The latter is a good preview of what it’s like going through the approval process in Central Austin, a process Chris and I are learning well.

CodeNext is the city’s attempt to streamline the zoning and building approval process. This is great news, in theory. The question is whether the change, in practice, achieve it’s stated goal.

We’re early in the process. It’s too early to predict whether this will ultimately be a good change or a bad change, but it seems clear that the transition will be particularly brutal. The complexity and newness of it will cause a lot of growing pains for developers and the city, and slow down development, making everything more expensive, at least temporarily.

Just listed in Northwest Hills! This ground floor condo is in an awesome location off of Mopac and Hart Ln,

Do you know anyone who wants to be in Northwest Hills at an affordable price? This condo offers a great location, parking, a pool, and an affordable monthly payment.

Not yet on MLS. Email me at admin@riseatx.com for details and showings.

In March of this year, Chris and I partnered with an investor to purchase a tear-down on Oltorf between South Lamar and South 1st Street. You may have seen creepy the video of knives in the ceiling of the old house that has since been torn down. If you missed it, it’s here.

Since then, we took down the two old structures and built four new ones. They’ll be hitting the market in the next few weeks. There are still some finishing touches going on there, but here are some photos for a quick preview.

Not yet on MLS. This is one of several pre-market projects we are working on. If you’d like to get on our list to hear about new construction opportunities in central Austin, email me at admin@riseatx.com and we’ll make sure you hear about them first. 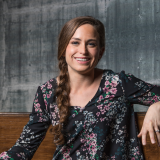